By Buffy Spencer, The Republican 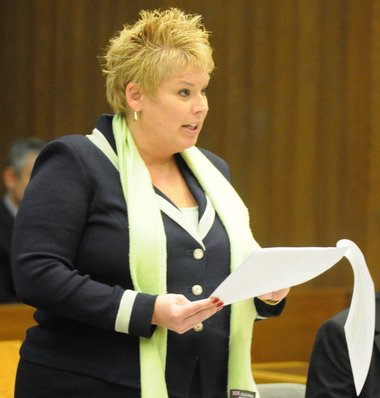 Snow canceled proceedings Wednesday in the Fleury trial, but it is scheduled to continue Thursday in front of Hampden Superior Court Judge Peter A. Velis. William M. Bennett, who is prosecuting the Fleury case, is a known quantity here. Bennett did not run for reelection as Hampden district attorney and ended his 20 years in that post Jan. 5, 2011. Mark G. Mastroianni, the new district attorney, that day swore in Bennett to prosecute the Fleury case, a case Bennett has handled himself since Fleury was indicted. Scapicchio, unlike Bennett, has never been seen before in Hampden Superior Court.

Fleury faces one count of involuntary manslaughter in the death of 8-year-old Christopher Bizilj of Ashford, Conn. 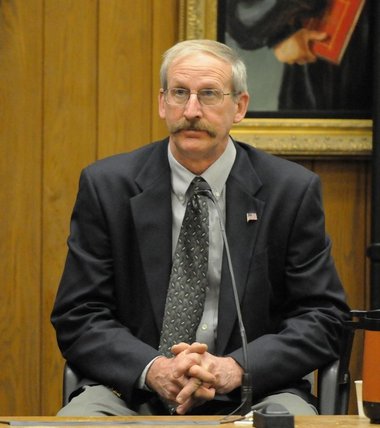 As the trial resumed Monday in Hampden Superior Court for Edward B. Fleury on charges of involuntary manslaughter in the accidental shooting death of Christopher Bizilj at a machine gun show at the Westfield Sportsman's Club in October 2008, Steven M. Sklarski (above), a Westfield, MA firefighter and EMT, as well as the recording secretary for the Westfield Sportsman's Club, testifies about his duties the day of the accident. Trial continues in accident machine gun death Jan. 10, 2011.

Bizilj died when he lost control of the Micro Uzi he was shooting at a machine gun expo at the Westfield Sportsman's Club on Oct. 26, 2008. Fleury organized and sponsored the event, and the prosecution alleges the boy's death was caused by Fleury's reckless actions in running the expo. Scapicchio's website reads, “Attorney Scapicchio provides aggressive criminal defense for individuals who are under investigation or who have been indicted for murder, firearms charges, drug trafficking offenses, armed robbery, white collar crimes and other serious felonies.” She had never tried a case in Western Massachusetts when Fleury came to her.

“My first inclination was, ‘There are plenty of good lawyers right there in Springfield,'” she said. Fleury, a man who had “everything on the line,” was insistent she represent him, she said. “It's a very unique case,” Scapicchio said. “It's such a tragedy, but once he brought me the file I really couldn't wrap my head around how it was the commonwealth was going to proceed against him.” She said she sat down with other lawyers with whom she works and “we thought we could do a good job.”

In the Fleury trial, Scapicchio fought vehemently against letting the jury see a videotape of the accidental shooting of Christopher Bizilj. The boy's father, Dr. Charles Bizilj, had been videotaping his son, and Bennett wanted to have the jury see what happened to Christopher. Velis ruled that the jury could see the video with sound included until right after the fatal shot. Then Bennett and Scapicchio argued unsuccessfully that the media should not have access to the video that they jury would see. Scapicchio argued that it would appear on the Internet once it was broadcast by media outlets. Once that happens, she said, the jury will not be able to escape being tainted.

“Once it goes viral no one has control over it anymore,” Scapicchio said. She said the video will likely be shown all over the world and will become the subject of numerous national talk shows from all political persuasions. Editors at MassLive.com and The Republican decided to include part of the video on MassLive.com, but to stop the video before the fatal shot is fired. Other media outlets that showed the video did the same.

Fleury is paying Scapicchio for her defense, the lawyer said. Asked if any entity has raised or contributed money for his defense, Scapicchio said she does not know the answer to that because she would get paid by Fleury directly. “I've always been an aggressive attorney,” she said. “In Boston,” she said, “most of the detectives on the homicide unit know who I am and cringe” when they see she is going to cross-examine them. Typically, she said, she is “much more aggressive” cross-examining police detectives than in any cross-examination.

Bennett is scheduled to wrap up the prosecutions case Thursday, and Scapicchio said she will argue to Velis the state did not present enough evidence to send the case to the jury at all and he should dismiss it.