Attorneys Scapicchio and McDonough continue their fight to hold eBay and its corporate executives responsible for the stalking and torture of the Steiners.

June 2022: Another Not Guilty – Two First Degree Murder Charges:
Attorney Scapicchio secures another not guilty on a double homicide case. The Commonwealth claimed that Demetrius Moore shot and killed two people outside of a night club. Attorney Scapicchio's aggressive cross examination of the Commonwealth's witnesses demonstrated that Mr. Moore acted in self-defense. As a result, the jury found Mr. Moore not guilty on both indicted charges of First Degree Murder.

Breaking News November 1, 2021: eBay Victimizes the Steiner's Again: eBay claims in it's Motion to Dismiss that it does not intend to minimize the “alleged” conduct in the Steiner's complaint against them, but by failing to take responsibility on behalf of eBay AND it's employees, it is not only minimizing the torture and stalking the Steiners' experienced, but eBay is victimizing the Steiners all over again. How dare they claim that it is in the interest of ALL parties for them to seek dismissal of the Steiners' complaint. Let's be clear, dismissal helps eBay not the Steiners. We will never stop our fight to hold eBay accountable for their actions.

ATTORNEY SCAPICCHIO TAKES ON eBAY: Attorney Rosemary Scapicchio filed a lawsuit against eBay and others on behalf of David and Ina Steiner, Natick journalists behind the trade publication, EcommerceBytes. The suit alleges eBay, it's former CEO, former Chief Communications Officer and others engaged in a conspiracy to intimidate, threaten to kill, torture, terrorize, stalk, and silence the Steiners through a barrage of around-the-clock cyberstalking, ominous death threats, and deliveries and in-person surveillance that caused the Steiners to fear for their lives.

To read the complaint:  PDF of Complaint filed in Federal court this morning.

If you have any information about eBay or any of the defendants, please contact us HERE.

Click this link to watch the video of the press conference that took place at the Federal Courthouse in Boston 11:00AM July 21, 2021.

BOSTON, Mass. [May 4, 2021] – Today, Superior Court Associate Justice Robert Ullman allowed Sean Ellis's Motion for New Trial on the gun conviction remaining on his record from his wrongful conviction for the 1993 murder of Boston Police Detective John Mulligan, which was overturned in 2015 after Mr. Ellis spent more than 21 years in prison for a crime he did not commit. Click here for the full story.

Attorney Scapicchio continues the fight to stop the exclusion of young jurors at trial. 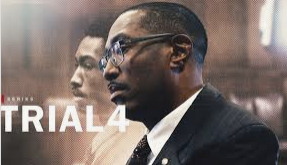 Netflix released "TRIAL 4" on November 11, 2020. The 8-part series follows Sean Ellis' 22-year pursuit of freedom after he was wrongfully convicted of the 1993 murder of Detective John Mulligan. After tirelessly working to uncover evidence of Detective Mulligan's corruption and the misconduct on the part of the Boston Police Department, Attorney Rosemary Scapicchio secured Ellis' release from his decades-long nightmare. The riveting series will provide a behind-the-scenes look into how Attorney Scapicchio uncovered the corruption, how Sean was freed, the preparation for Ellis' retrial, and the quest to clear Ellis' name.  Here is a link to the Trailer.

January 2021 - Boston Globe: When Boston Police Officers Fail to Tell the Truth, the Department Really Calls a Lie a Lie.

Attorney Scapicchio filed a Motion to Dismiss the indictments against Wesley MacGregor, a court officer wrongfully accused of obstructing justice during the course of his duties. Today, a Federal District Court judge allowed Wesley MacGregor's motion to stay his case pending the appeal of the motion to dismiss his indictments, so that he can challenge the legality of his prosecution in the First Circuit. In granting the stay, the judge recognized that MacGregor has raised colorable claims for appeal.

Attorney Scapicchio secured another dismissal after exposing racial profiling and police misconduct during a motion to suppress hearing. Officers claimed to stop Attorney Scapicchio's client, Celestino Vicente, due to an expired inspection sticker. Both officers testified that Vicente allegedly reached for his belt several times during the stop, that they were forced to remove Mr. Vicente from the vehicle for their safety, and that he allegedly assaulted officers before pointing a firearm at one of the officers. Attorney Scapicchio's skillful cross-examination exposed that officers unlawfully turned a routine traffic stop into a criminal investigation with absolutely no probable cause or reasonable suspicion and that officers assaulted Vicente without justification. The judge also did not credit the officers' claims that Vicente pointed a firearm at them. As a result, the court suppressed all evidence. While the Commonwealth initially attempted to appeal the decision, it withdrew its appeal and entered a nolle prosequi as to all charges.

September 2019: Identification suppressed and Commonwealth files nolle prosequi - Attorney Scapicchio's client, Anthony Barrows, was charged with two counts of assault and battery with a dangerous weapon causing serious bodily injury, assault and battery and mayhem stemming from an incident that occurred outside of a party in November of 2017.  The Commonwealth alleged that Mr. Barrows stabbed the alleged victim after the alleged victim attempted to enter his vehicle.  After an extensive hearing, Attorney Scapicchio convinced the Court to suppress the identification of Mr. Barrows made by the main eyewitness.  As a result, the Commonwealth filed a nolle pros of the charges in November of 2019.

March 2019:    Firearm Suppressed - Attorney Scapicchio successfully convinced a Suffolk Superior Court judge that the Boston Police unjustifiably pulled her client, Celestino Vicente, out of his vehicle while assaulting him.  The judge found that the officers prolonged a seizure made to investigate an expired inspection sticker, and that they did not have a sufficient basis to remove him from the vehicle. As a result, the Court suppressed the firearm Vicente allegedly dropped while fleeing the assault.

July 2018: Cell Phone Evidence Suppressed
A Suffolk Superior Court judge suppressed all cell phone evidence in a first-degree murder case where Attorney Scapicchio successfully convinced the Commonwealth that the affidavit filed in support of the search warrant application was insufficient to establish probable cause to search the phone.

March 2018: Motion for New Trial Granted in Suffolk Superior Court - A Suffolk Superior judge granted Brian Smith a new trial relating to his convictions for armed home invasion and armed assault with intent to murder among other charges stemming from an August 18, 2006 incident. Mr. Smith was sentenced to thirty to thirty-five years in prison as a result of the convictions.

The Commonwealth alleged at trial that Mr. Smith was targeting the resident of the apartment along with another individual, while Mr. Smith maintained that he was at the apartment buying drugs when an unknown individual attempted to enter, and fired shots into the apartment. The court found that the Commonwealth withheld key evidence that another individual residing at the apartment was scheduled to testify against gang members the next day, and that she was likely the target of the home invasion. The court found that this information would have been key to Mr. Smith's defense, and granted him a new trial. Click here for the Decision.

February 2018: First-Degree Murder Indictments Dismissed - The Commonwealth dismissed a first-degree murder charged in Brockton. Attorney Scapicchio forced the Commonwealth's hand, so the prosecutor was compelled to either nolle pros the charges, or face dismissal due to a Speedy Trial violation.

Several days ago there was an outrageous inaccurate claim made on charlestownbridge.com that I was a potential candidate for Suffolk County District Attorney.

Nothing could be further from the truth. I have spent my entire adult life DEFENDING individuals accused of a crime and prosecuted by that office.

Not for a single moment have I considered such a career change as there is not a single fiber in my being that desires to stop DEFENDING people.

I can only surmise that the source of this falsehood are the very people that want me to stop the successful zealous advocacy I have practiced for now over 26 years.

November 2017: Murder Case Dismissed: The Commonwealth dismissed first-degree murder and all firearms charges after a lengthy Motion to Dismiss hearing, after which evidence was developed that implicated a third-party in the murder.

August 2017: Attorney Scapicchio secured an evidentiary hearing on behalf of Rasheem Christian relating to the Commonwealth's egregious misconduct in withholding 2700 pages in documents in a homicide case.

August 2017: Attorney Scapicchio secured a post-conviction evidentiary hearing on behalf of Michael Barros on the issue of withheld informant information by the Brockton District Attorney's Office.

Not Guilty - First-Degree Murder
June 2017: Attorney Scapicchio secures a not guilty verdict on Murder and subsequently secures a finding of not guilty on an Unlawful Possession of a Firearm Charge. Yerri Perez was charged with murder and unlawful possession of a firearm. Attorney Scapicchio presented a defense of mistaken identity because only two of the Commonwealth's witnesses provided a general description that loosely fit Mr. Perez's description. The jury found Mr. Perez not guilty but convicted him of unlawful possession of a firearm.

After trial, Attorney Scapicchio successfully argued that the Commonwealth did not present any evidence to show that if Mr. Perez was not the shooter during the crime, that he possessed a firearm. The Court vacated Mr. Perez's conviction of possession of a firearm on those grounds.

January 2017: A new trial was granted in Commonwealth v. Jason Robinson on a public trial issue.

Attorney Scapicchio provides aggressive criminal defense for individuals who are under investigation or who have been indicted for murder, firearms charges, drug trafficking offenses, armed robbery and other serious felonies. Her aggressive cross-examination of Boston Police detectives has exposed a lack of police investigation which has led to several not-guilty verdicts on high profile murder cases.

Attorney Scapicchio started her practice in 1991 handling both trials and post conviction appeals for serious criminal cases throughout the country. She has represented clients in the First Circuit, the Fourth Curcuit, the Ninth Circuit, and the United States Supreme Court. Her proven criminal defense strategies win motions to suppress evidence including firearms, drugs and statements to police that resulted in her clients cases being completely dismissed. Tirelessly pursuing justice for her client, Scapicchio exposed police misconduct in the Boston police department. She won a new trial, freedom and a 14 Million Dollar jury award for Shawn Drumgold who had served fifteen years on a murder conviction for a crime he did not commit.

She has appeared before the United States Supreme Court for a review of the constitutionality of the federal sentencing guidelines. Attorney Scapicchio was successful in persuading the judges to declare the federal sentencing guidelines non-mandatory for every federal criminal defendent. A local newspaper was so impressed by her argument before the Supreme Court, they headlined their article "Supreme Performance". After observing her in the court room another criminal defense attorney was quoted as saying "Rose is as good as it gets in this city"!

Call Attorney Scapicchio directly at (617) 263-7400 or use our contact form to schedule a private consultation to discuss your case. Attorney Scapicchio defends clients in state and federal courts as well as appeals involving serious criminal charges and felonies including:

Rosemary Curran Scapicchio will use everything she has learned over the past 27 years of trial experience, including her winning track record of "Not Guilty" verdicts, to fight the serious criminal charges against you. She puts the Commonwealth of Massachusetts or the federal government to the test of proving every essential element of the crime beyond a reasonable doubt. Her extensive trial experience combined with her appellate experience produces the best result possible for her clients.  If you need a highly experienced criminal lawyer to represent you zealously, please contact the Law Offices of Rosemary Curran Scapicchio.